NEW DELHI: The Oman Open win had set him up nicely for another Olympic qualification. At number 31 in the world, the highest ITTF rank currently for an Indian, Achanta Sharath Kamal was on his way to a fourth appearance at the Olympic Games. But the COVID-19 pandemic pressed the pause button globally and the world came to a standstill. Now, the veteran paddler believes that for anything to resume, a vaccine for the coronavirus is the first and foremost requirement.

About a month and a half ago, on March 15, the 37-year-old Sharath ended his decade-long wait for a singles title. To make that happen, he had to defeat not just his opponents but the demons in his mind, when the World Health Organisation declared COVID-19 a pandemic just after he landed in Muscat for the tournament.

But probably Sharath played by Rumi’s famous answer to the question ‘what is fear?’

“Non-acceptance of uncertainty. If we accept that uncertainty, it becomes an adventure,” Rumi had said.

The Oman win can be called an adventure for a man who defied his family’s advice, because he wanted to take India and himself closer to another Olympic qualification. The title-win in Muscat certainly did that, before the pandemic shredded the world sports calendar.

The Olympics were postponed to 2021 and all international sports tournaments, including TT’s Olympic qualifiers, were either put on hold or got cancelled. 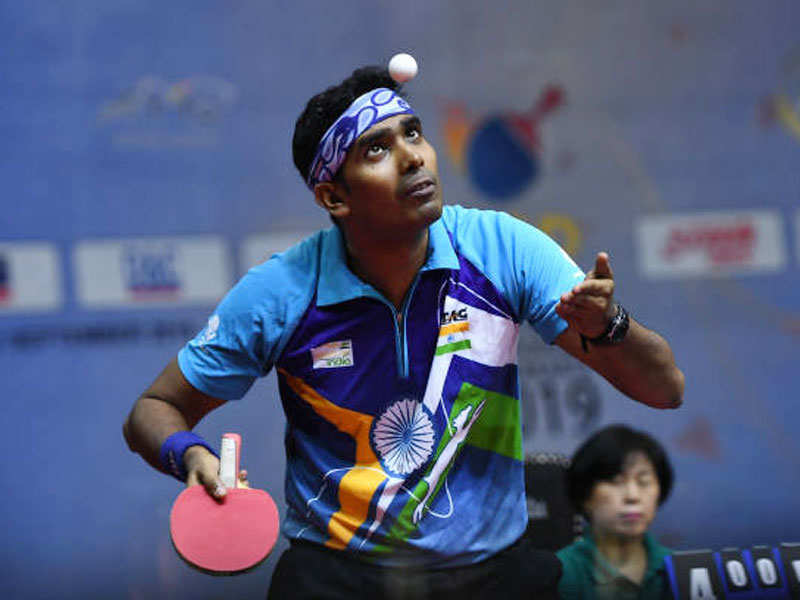 Now, as Sharath himself said in this interview with Timesofindia.com, he and all other Olympic hopefuls in India will have to start from scratch. But the TT veteran believes winning back the lost trust and confidence to go out and train will be a mental battle that the athletes will have to win first. Everything else will follow.

How are you coping with the lockdown? (Smiles) Well, I have two kids at home. So I don’t have (free) time at all. It’s been tough and hard. The last few years I had been really tied up with a lot of tournaments and training. All of that and everything has been shut. The Olympics and every other tournament has been postponed. The world has slowed down.

How does it feel to once again become the highest-ranked Indian paddler (No. 31) in the world?


Thanks to Oman Open (title win), I could gain a lot of points.

Was it tough to decide on travelling to Oman when COVID-19 was spreading?


My family didn’t want me to travel for the tournament. At that time, coronavirus hadn’t impacted India much, but it had started to spread in Europe. My wife was really paranoid about me travelling. She was worried that I will travel and come back home, as we have two young kids and elders at home. But it (Oman Open) was very important for the upcoming Olympic qualifiers, which were supposed to happen in April. So I wanted to see how my game was working, if I was sharp enough. Apart from that, if I had a good tournament, it will help my ranking that could help me in the Olympic draw. This was the main reason I went there. 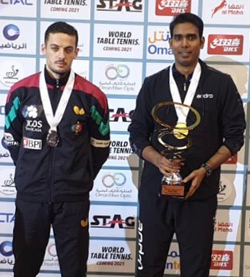 Even before boarding the flight, I was checking with the competition manager if the tournament was going ahead as planned, because I didn’t want to land up in Oman and hear that it was cancelled. After we reached there, coronavirus was declared a pandemic. Again, there was a lot of stress. Will the tournament go ahead? Will the (ranking) points be given for the tournament? Will we be able to go home? If we go home, will we be in quarantine for 14 days?

So there was a lot of disturbance in the mind. It was very difficult for me to concentrate on my matches. But then I told myself that ”I have come here, so this (playing well) is what I have to do’.

How did you take the news of postponement of the Tokyo Olympics, especially after ending a 10-year wait to win a singles title?


It was really, really hard to accept that the Olympics got postponed by another 14-15 months from now. All the process of the preparation that I started back in November (2019) for the Olympic qualifiers and the Olympics, I now have to stop that abruptly and then start again in six or eight months down the line. That was one thing which was really hurting.

Second thing was that it wasn’t sure if the ITTF would give points for the Oman Open. That (thought) hit me further. But then luckily ITTF announced that they will freeze the rankings from April, not March. That is the positive in this whole thing, and we would have qualified for the Olympics. But now we have to maintain the rankings and we don’t know when foreign travel will begin and tournaments re-start. So everything is a big question mark at the moment.

On that note, do you see live sports coming back before the COVID-19 vaccine is out?


No. This is exactly what I am thinking also. Without the vaccine coming out, I don’t think there can be any sport. In a tournament, there is no social distancing. We have to play in close quarters. The players are training closely, we are using the hall. There are a lot of people in the hall, nearly 500. I doubt if there are going to be any tournaments before the end of this year. Recently, I read an article which said even in 2021, the Olympics is not sure, which, I think, is because unless we have a vaccine or a cure, how can so many athletes be together at one place and play? Everything is very uncertain. 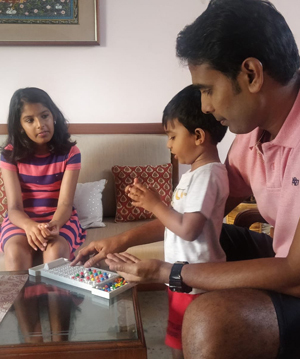 Of course (smiles). For the first 20-25 days (of lockdown), I didn’t even realise how time went by. I spent so much time with family and kids. But we are professional sportspersons. We need to get back into shape, get back to playing, but I do not know if it is safe even after the lockdown is over. I don’t know if it will be safe to go to a gym and work out around so many people or go to a table tennis hall for practice with so many people around. We need to slowly find out a way how we can get back to a normal life, which will be a ‘new normal’. I doubt if the ‘old normal’ will happen again. That’s something we will have to figure out.

Tell us about your Ultimate Table Tennis experience and association with the Lakshya Foundation.

It was a fantastic (2019) season for Chennai Lions. A great, fun-loving team that fought like lions. It was my first title in the UTT. It’s a great platform for all of us, for all the Indian players to get the right kind of exposure. Training with foreign players during the league gives us the confidence to do well on the international circuit.

This is the second time (after 2016) that I have tied up with the Lakshya Foundation. They are doing their bit to help the athletes. They have helped me with a good mental coach and nutritionist, which I didn’t have for a long time.

How do you view your Olympic chances now, as the Tokyo Games are postponed for 15 months?

Besides singles, in mixed doubles, myself and Manika Batra, we have a fair chance to qualify. We did well together at the Asian Games, won a historic (bronze) medal there. Both of us have been playing really well. Recently at the Hungary Open, we made it to the semifinals. If we can continue in this fashion, of course, there is always a chance to win a medal.

I just hope there are a few more tournaments, and the Olympic qualifiers and the Olympics happen, so that we can have a chance at winning medals in Tokyo.