A Delhi court on Saturday extended the police custody of Shahrukh, the man arrested for opening fire in police presence during the recent violence in Jaffrabad. 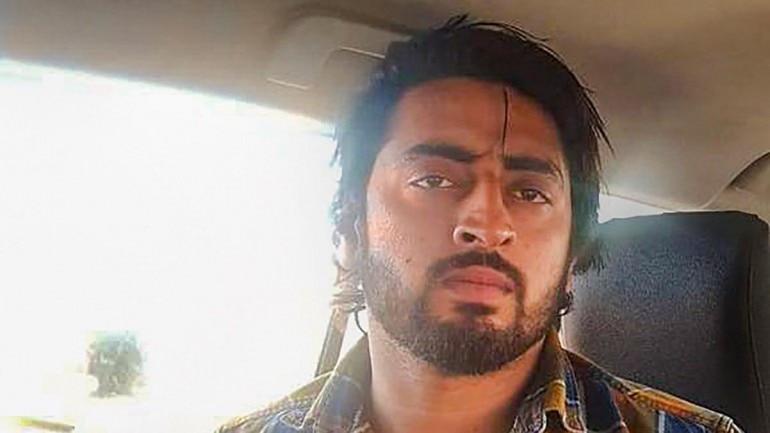 Shahrukh was arrested from Shamli in UP on March 3 (Picture Credits: PTI)

The Karkardooma court in Delhi on Saturday extended the police custody of Mohammed Shahrukh for three more days. A resident of Jaffrabad in Delhi’s North East district, Shahrukh was arrested from Shamli in Uttar Pradesh earlier this month.

Delhi Police had been on Shahrukh’s trail ever since a video of him waving a gun at a policeman during the recent unrest in the national capital went viral on social media platforms. Shot during the riots that broke out in several areas of northeast Delhi, including Jaffrabad, an armed Shahrukh could be seen charging at a policeman in a fit of rage. A case was registered against him but Shahrukh remained absconding until recently.

In the video, he can be seen firing as many as eight rounds with a country-made pistol while approaching a policeman in Jaffrabad area of northeast Delhi on February 23. After a case was registered against Shahrukh, the Delhi Police revealed that he had no criminal history. There was, however, a criminal case against his father.

Following his arrest, 23-year-old Shahrukh told Delhi Police that he fired at the police personnel in the Jaffrabad-Maujpur area in a fit of rage. “I was angry so I started firing. It was an instant reaction,” he claimed. Shahrukh also told investigators that he fled to Punjab after pictures and videos of him opening fire in full public view went viral. He lived at a friend’s home for some days before travelling to Bareilly in Uttar Pradesh.

He then moved to Shamli where he was arrested from on the basis of a tip-off. The Delhi Police Crime Branch also recovered one of Shahrukh’s cell phones and the gun he used to open fire in the Jaffrabad-Maujpur area on February 23.