Soccer’s 2020 European Championship has been postponed for a year as the world fights to contain the outbreak of the coronavirus, the Norwegian and Swedish FAs said on Tuesday.

“Postponed until 11/6 – 11/7 2021. Will get back to you after the meeting,” Swedish FA chairman Karl-Erik Nilsson said in a message to Reuters during a UEFA videoconference call.

The Norwegian FA tweeted the news from its official account.

UEFA, who is yet to confirm the decision, was under pressure to push back the tournament to give suspended domestic leagues time to be completed.

European soccer’s governing body was holding a video conference with all 55 of its affiliated national football federations and representatives of clubs, leagues and players. The decision will go before UEFA’s Executive Committee to be rubber-stamped later on Tuesday. 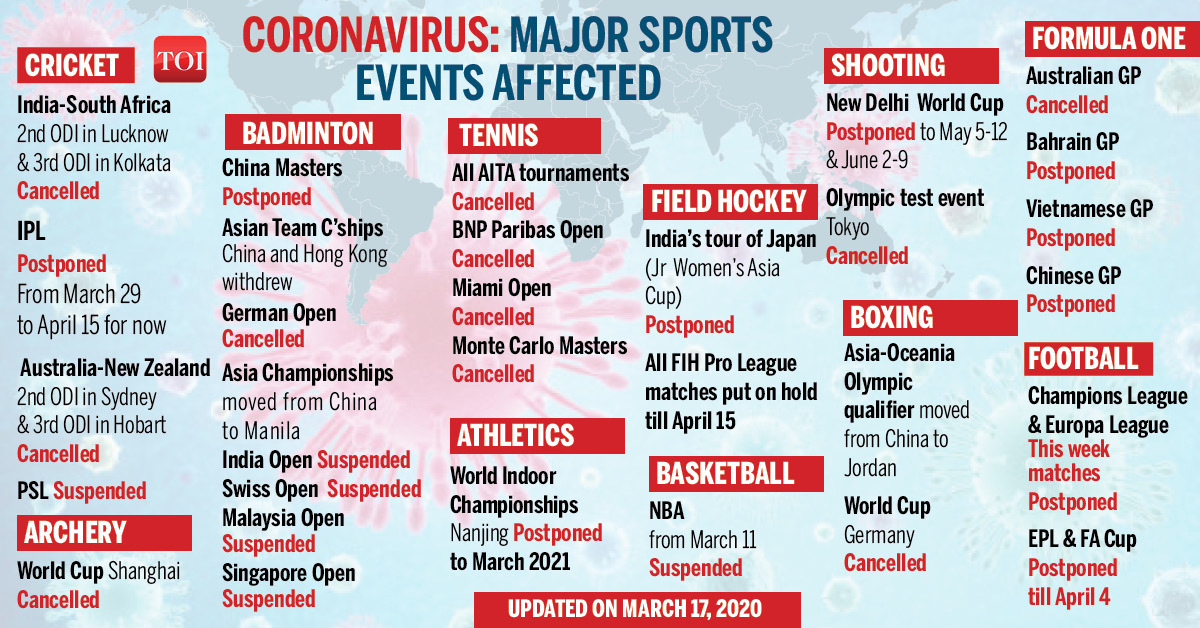 It is the first time in the competition’s history that the final stages have been postponed.

The decision to put back the 24-team tournament follows football, like numerous other sports, being brought to a virtual standstill by the coronavirus outbreak.

The virus has infected almost 180,000 people and killed more than 7,000 worldwide, with the epicentre now in Europe as infection rates slow down in China where the outbreak began.

All five of Europe’s top domestic leagues — England, Spain, Italy, France and Germany — are suspended, along with the Champions League, Europa League and World Cup qualifiers.

Leagues have urged UEFA to prioritise completing domestic competitions, reflecting a concern that clubs throughout Europe will lose significant ticket and associated match-day revenue by not completing the season while still having to pay their players’ salaries.

The European championship is usually held in one or two host nations, but was spread around the continent this time in what organisers said was a romantic one-off event.