The Islamic State has also asked its jihadists to wash hands at all times “even if they wake up in the middle of the night”, said a report. 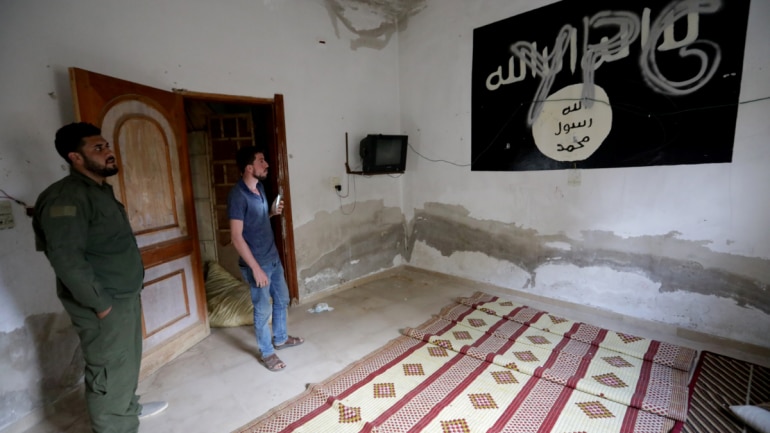 YPG (Kurdish People’s Protection Units) is written over a wall painting of ISIS flag inside a house in Syria. (Reuters)

The notorious Islamic State (ISIS) has issued a series of directives for its terrorists across the world in their latest newsletter published in al-Naba asking them to avoid travel to countries affected by the coronavirus pandemic.

The Islamic State has also asked its jihadists to wash hands at all times even if they wake up in the middle of the night, said a report.

According to a report in the Daily Mail, Islamic State has asked its terrorists to stay away from sick people, wash your hands and avoid travel to the affected countries.

ISIS pores over religious texts. Comes out in favor of putting your trust in God but also in favor of quarantine, hand-washing & running from the sick like from a lion. Their rivals in Qom stopped after No. 1. Thx to @ajaltamimi for his translation https://t.co/b08Jffvj6t

The militant group based in Iraq has also asked its followers to have faith in God and that the pandemic is also happening for a reason as the disease will only strike the ones who the God has chosen.

Among the directives, it has also been said that one must flee from an infected person like someone would escape from a lion.

The Islamic State has offered some valuable advice on covering mouths and water vessels at all times as a preventive. The banned organisation has said one must avoid sneezing out in the open and cover their nose and mouths while sneezing, much on the lines of guidelines issued by health experts across the world.

After being triggered from China, coronavirus has now spread across the world with the WHO saying Europe is the new epicentre of Covid-19 that continues to wreak havoc across the world.

India has so far reported 93 confirmed cases and 2 deaths while millions of passengers have been screened at airports and ports.

ALSO WATCH | How to deal with fear, anxiety over coronavirus: US therapist explains