The matter of saliva being unsafe was raised by the ICC’s medical committee and it would be addressed before cricket resumes. 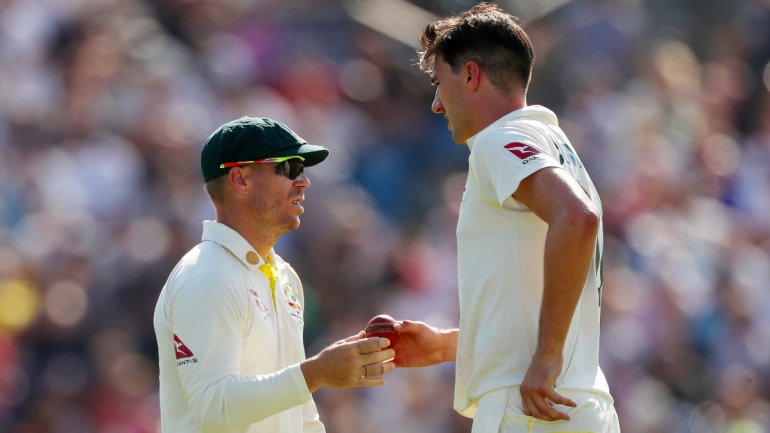 Australia opener David Warner is not in favour of banning players from shining the ball using their saliva after cricket resumes post the coronavirus pandemic.

The International Cricket Council (ICC) is looking at ways to keep the players safe after the sport’s resumption, one of them being a possible ban on shining the ball using sweat or saliva.

One of the ways in which Covid-19 spreads is via respiratory droplets which is why cricket’s governing body may have to look into the matter.

But Warner is of the opinion that players have used saliva to shine the ball for “hundreds of years” and is not going to be the only way in which players can contract the virus whenever cricket resumes.

“You’re sharing change-rooms and you’re sharing everything else, I don’t see why you have to change that. It’s been going around for hundreds of years now, I can’t recall anyone that’s got sick by doing that.

“If you’re going to contract a bug, I don’t think it’d necessarily be just from that. I’m not too sure but it’s not my place to comment on whether or not we should or shouldn’t (use saliva to shine the ball). It’s up to the ICC and the governing bodies to decide,” Warner told cricket.com.au.

Some reports even claimed that administrators are “open to the option of allowing for the use of an agreed artificial substance to polish the ball under the supervision of the umpires”, which amounts to ball-tampering as per the current rules governing the sport.

The matter of saliva being unsafe was raised by the ICC’s medical committee and it would be addressed before cricket resumes. All sports activities have come to a halt after the coronavirus outbreak.

Shining the ball is an integral part of cricket as it helps the bowlers swing the ball, both conventional and reverse.

If the move gets the go-ahead, it would be quite ironic for the game’s administrators after the 2018 ball-tampering controversy which led to bans on Cameron Bancroft, Steve Smith and Warner for conspiring to use sandpaper to alter the ball.