The Jammu and Kashmir (J&K) government on Monday issued orders extending the ban on high-speed internet in the region till May 11, saying two new terror groups had formed and the restrictions were necessary to defeat the attempts from across the border to propagate terrorism. 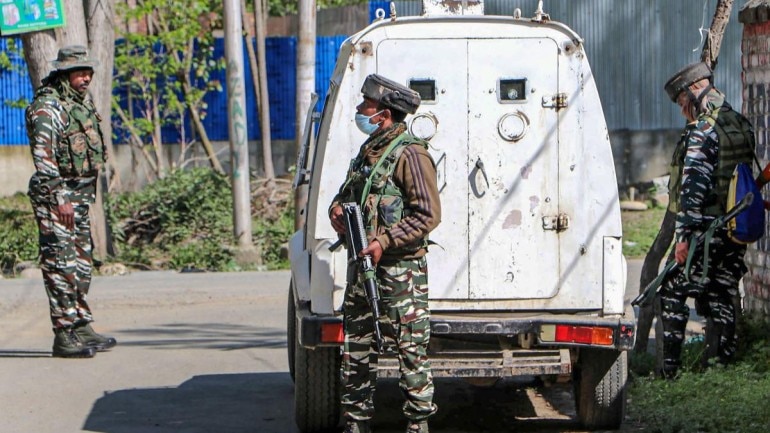 Two new terror groups have formed in the Valley with the help of LeT, intelligence sources said. (Photo: PTI)

The Jammu and Kashmir (J&K) administration on Monday extended the ban on the high-speed mobile internet in the region. In the latest order issued by the home department, the reason cited for the ban on high-speed internet includes spurt in militant violence, the launch of new outfits, and “wellfounded” apprehensions of the “field agencies” regarding the attempts from across the border to propagate terrorism in the region.

The order said, “There were well-founded apprehensions of the field agencies regarding enhanced efforts by Pakistan for recruitment in the (militant) ranks as well as infiltration attempts, which heavily depend on high-speed internet.”

According to intelligence sources, two new terror groups have formed in the Valley with the help of Lashkar-e-Taiba (LeT). The newly-formed terror groups — The Resistance Front (TRF) and Tehreek-i-Milat-i-Islami (TMI) — have been covertly formed by the Pakistani intelligence agency Inter-Services Intelligence (ISI).

The order said such restrictions have been placed to “curb uploading, downloading, circulation of provocative videos, guard against rumormongering, fake news, prevent the use of encrypted messaging and VOIP services for infiltration and coordinating (militant) activities” and defeat the nefarious designs from across the border.

Mobile internet was banned in J&K on August 5, 2019, but 2G speed was restored following the Supreme Court’s direction in January 2020.

The matter has been heard in the Supreme Court where the petitioner cited that in times of Covid-19, students and healthcare professionals need high-speed internet.

The government, however, last week said security related issues including Pakistan sponsored terrorism should be considered while making a decision on the restoration of 4G internet. It also cited a recent incident where hundreds of people gathered in the valley for a funeral of a militant killed by security forces.