ALDERSHOT: Footballer Emiliano Sala was killed when the pilot of his plane lost control and flew too fast as he tried to avoid bad weather, British aviation investigators said on Friday.

The Air Accidents Investigation Branch (AAIB) said in its final report into the January 2019 crash that the single-engine Piper Malibu aircraft suffered an in-flight break-up and plunged in to the water upside down.

The AAIB also confirmed that pilot David Ibbotson, 59, was unlicensed to fly that particular aircraft and at night time, when the tragedy occurred.

He was also operating an unlicensed commercial flight and being paid an unspecified amount for the flight, which was illegal.

Investigators said it was likely that he was affected by carbon monoxide. An interim report also found that Sala had suffered carbon monoxide poisoning before the plane crashed.

The AAIB has recommended that carbon monoxide monitors be fitted on all planes. 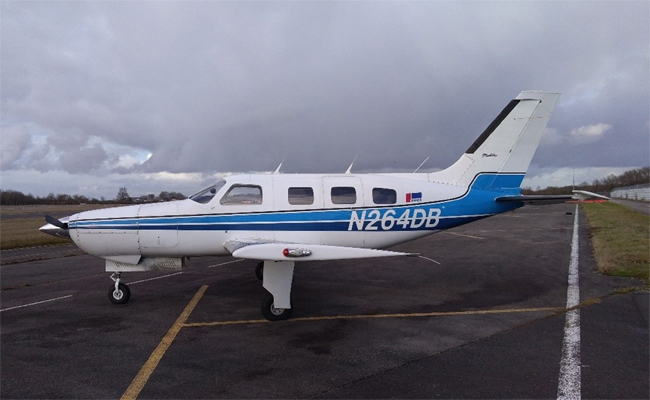 
Alison Campbell, senior inspector with the AAIB, said the plane had been flown erratically towards the end of its flight as Ibbotson tried to avoid bad weather.

“There was poor weather in the area and from his radio calls, it was clear the pilot needed to manouevre to avoid it,” she told reporters at a briefing on the publication of the report.

The plane was travelling at an estimated 270 miles per hour (435 kilometres per hour) when it hit the water, said the AAIB.

Investigators said the impact was “not survivable”.

Sala had signed for Cardiff in a £15 million ($19 million, 17-million-euro) deal completed just a few days before the crash.

The footballer travelled to the Welsh capital to complete the deal, then returned to northwest France to collect belongings and bid farewell to teammates.

Argentinian Sala was returning to Cardiff to take part in his first training session there.

His body was found several days later. Ibbotson’s body has never been found.