NEW DELHI: There’s no doubt that most people want to spend as much time as possible with their families. But that doesn’t change the fact that if people are not allowed to go about their daily work for a prolonged period of time and have to remain within the confines of their homes, it gets harder and harder to stay calm and focussed.

Now think of professional athletes – men and women whose entire lives are dictated by fixed routines. Almost every hour of every day (barring during down time) is governed by that routine, fixed by a team of coaches, sports professionals and health experts, with the sole purpose of being so well tuned that when they have to go out and play, they can give their very best every single time. Imagine what it is like if that routine is disrupted. There will not be a single athlete out there who won’t be itching to get back to live outdoor competition, but they all know that the priority right now is to stay healthy and to keep their loved ones safe.

As the sporting world waits to limp back to some sort of normalcy, the one million dollar questions are – how much will sport change in the foreseeable future and just how will teams come together to play tournaments?

Deano, as he is fondly called by his friends, is in his house in Coburg, a suburb of Melbourne in the state of Victoria in Australia and like most of us, is having to stay indoors. 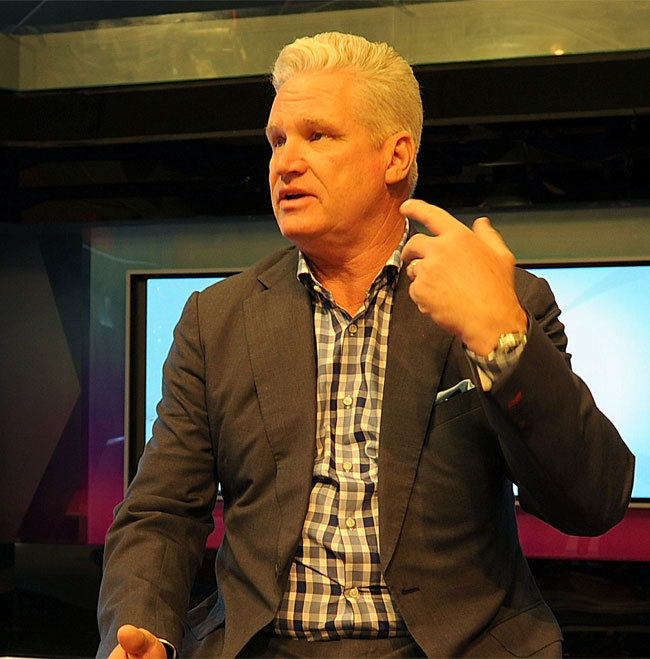 “Sadly through this virus, we have lost 72 people so far. I think about 17 in Victoria. We got hold of it pretty early, so we are under complete lockdown. Everyone has to work from home, the kids can’t go to school, they have to do it online. You are only allowed out once a day to exercise. No one is allowed to visit you, you are not allowed to visit anyone, so it’s pretty tough for some people. I’m rarely at home usually, so I’m actually enjoying it a little bit.”

“It’s nice to reflect on where you are at in your career. It’s a great time to think – where is cricket going? With the ramifications of COVID 19, I think there will definitely be changes. I think it is a time now for change, for a lot of things, particularly how much money is being spent on players and how much it costs to run particular events etc. Broadcast fees will no doubt be adjusted, so I think this is a reboot now for everyone. I honestly feel with Cricket Australia under the pump at the moment things have to change or we are in a lot of trouble.”

That Cricket Australia is in not very good shape is no secret. The Australian Board recently took a call on mass staff stand downs, with 80% wage cuts till at least July. Supermarket giant Woolworths, who are also a sponsor partner have been approached by Cricket Australia chief Executive Kevin Roberts to try and find temporary work for the stood down staff. Other organisations are also being approached. 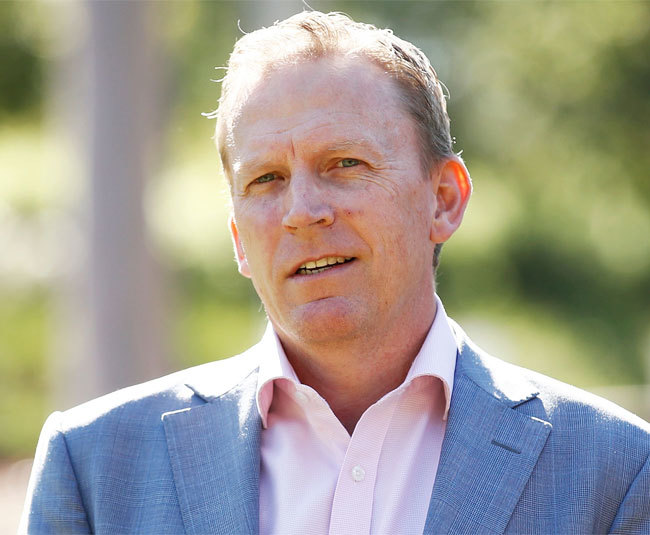 According to Dean Jones, there will be no crowds in Australian stadiums for at least another eight months. Imagine the ramifications of that. Kevin Roberts was recently quoted as saying that the revenue earned from ticket sales for a home international season is around 40-50 million Australian dollars, depending on the season. That is a significant amount of money that goes into running a sport, which will now not be available in the foreseeable future.

It’s not surprising that Test captain Tim Paine has urged Cricket Australia to explain the current financial condition of the Board to the players.

It might take a long time for the crowds to be back in the stadiums, but can live sports realistically re-start any time soon? According to Jones, the Aussies, like others, are working on the ‘pod/hub’ concept to try and reinstate live sports when it’s safe to do so.

“What I’m hearing is this. Our number one sport in Australia is AFL (Australian Football League) for Australian rules football. It’s the biggest sport by miles in Australia. We look like we are going to put teams into pods or hubs. So all the teams, all the administrators, all the officials will stay in the hotels in this pod or hub. No one is allowed to go in the pod, no one is allowed to go out of this pod. So, they are in complete isolation. They hop on a bus and they go straight to the ground, play the game and come straight back to their pod. That’s the only way sports can happen. We need sport on TV, broadcasters need it, the media needs it and above all the fans need it. The fact is we need some live sport and we need it soon.”

“The AFL is planning to have maybe four pods in Melbourne, maybe one in Adelaide and one in Sydney. Now, what does that mean? A pod holds a couple of teams. This is where they practice, so they lock down hotels and then they will play 6 games a week to get the season in before the World Cup (2020 World T20). The AFL knows it has to get its season over by October as the World Cup is scheduled for October-November in Australia. I have no doubt that the BCCI will monitor what the AFL does ” Jones, who played 52 Tests and 164 ODIs for Australia said.

The pod concept is an interesting one. Of course the organisers will have to go over the logistics with a fine-tooth comb. It will also entail everyone being tested before being allowed to enter the pods, perhaps every single time.

According to Jones, the logistics could work along these lines – “If you have a squad and if they are not allowed out of their rooms – apart from being on the bus and apart from going to the ground and playing the match, I don’t think they need to be segregated. Sure they will have to pass tests before they go into these pods. Then, you should be able to control the pods. Once a couple of people go outside that pod or people from outside infiltrate that pod, then you’ve got massive problems. But, if you do it properly – from production crew to staff to the players and make sure they are sanitised, I don’t see much of a problem, to be honest.” the 59 year old opined.

“I read that other sports like Baseball and Basketball will also try or plan to introduce a similar ‘pod’ system. I believe in baseball, the MLB are planning to have pods in Miami and in Phoenix, Arizona. And now I’m hearing that basketball will have one big, massive pod in Las Vegas. So, sport is adapting to what’s in front of them. As they have to to survive. They know they can’t have any fans to go to the games, but sports will continue.” Jones said.

While he stays optimistic about live sports resuming some time in the near future, Jones is worried about the state of cricket in Australia. The 2020 edition of the ICC T20 World Cup is scheduled to be held from October 18 to November 15. It is scheduled to feature as many as 16 teams. The million dollar question of course is will the tournament go ahead as per schedule? With 16 teams in the mix, imagine the number of people who will be involved – from the cricketers to support staff to organising committee members, logistics personnel to volunteers, medical staff, hotel staff and more.

Tim Paine was recently quoted as saying that he hopes India’s tour of Australia, scheduled for the end of 2020 goes ahead, because that could be worth about 250-300 million Australian dollars and could solve a lot of problems. Jones echoed that sentiment, though he continues to remain sceptical about the T20 World Cup in his country later this year. 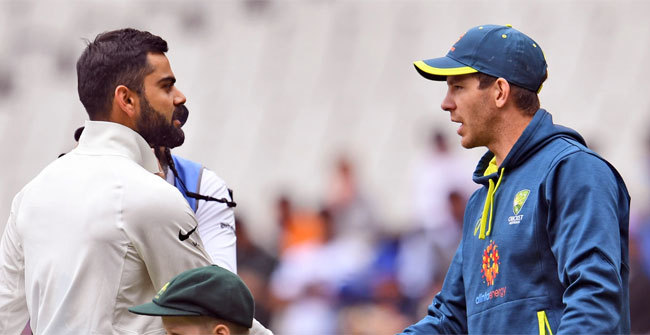 The future of not just sports, but everything else is up in the air. The Coronavirus pandemic and the way it has changed the world has made people realise that, now more than ever, innovative ideas are the need of the hour.