NEW DELHI: Former all-rounder Yuvraj Singh said that he got a lot more support from Sourav Ganguly in comparison to MS Dhoni and Virat Kohli.

Yuvraj made his debut under Ganguly’s captaincy against Australia in the Champions Trophy in 2000 and also played under Rahul Dravid, Virender Sehwag, Gautam Gambhir, Dhoni and Kohli at different times in his career. The former India all-rounder played 304 ODIs, 110 of those under Ganguly’s captaincy and 104 under Dhoni’s leadership.

The elegant left-hander believes the current Indian team needs a “good guy” who can talk to the players about their off-field issues so that their performance on the field improves.

Yuvraj, who retired last year, said the Virat Kohli-led team needs someone like Paddy Upton who can talk to players about life and other off-field issues. Upton served as the mental health and conditioning coach of the Indian cricket team during Gary Kirsten‘s tenure as coach. 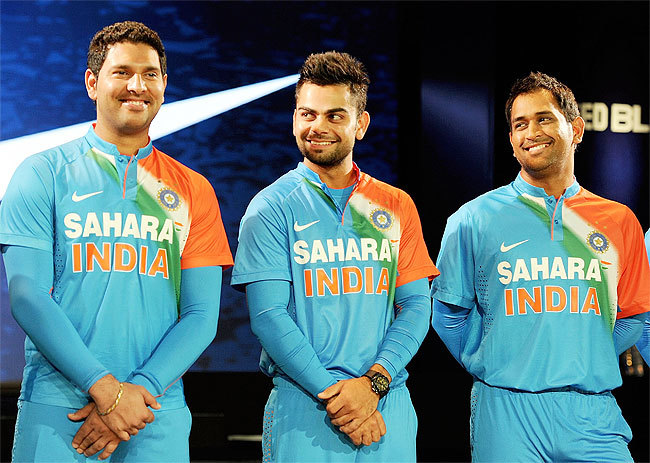 “This Indian team needs a good guy who can talk to them on matters off the field. Their off-the-field issues reflect on their on-field performances. What they need is a psychologist of authority who can guide them in personal issues,” Yuvraj said.

“Make them better persons. We had Paddy Upton who would discuss other issues of life, like fear of failure, and it helped us so much. The team probably needs someone like him,” he added.

The 38-year-old, while speaking about the current lockdown, said it was heart-breaking to see so many people die because of coronavirus.

“I think this has its advantages and disadvantages. It’s heart-breaking to see so many people dying all over the world. It is spreading so fast. People, rather than panicking, should visit the official health sites (WHO and Union Health Ministry) to really understand what the disease is,” said Yuvraj.

“In my case of cancer, I was also very scared in the beginning but then I got the right information, went to the right doctor and hospital. Please understand that these government and official health sites will guide you accurately because there is rampant misinformation about the virus on social media. First of all, people need to stop reading (social media) and look for correct information,” he added while urging people to stay away from spreading rumours.